One step closer to a Guns N’ Roses reunion? 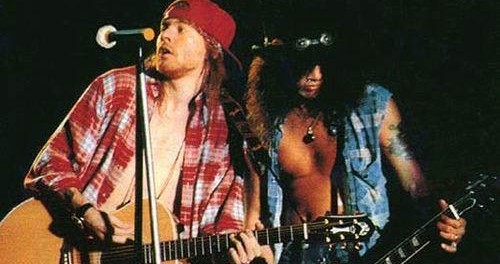 One step closer to a Guns N’ Roses reunion?

During an interview with Sweden’s Aftonbladet TV, Slash reportedly confirmed that he and Guns N’ Roses frontman Axl Rose were finally friends again when he stated: “It was, it was — it was probably way overdue you know, but uh, it’s you know very cool at this point — let some of that negative — dispel some of that negative stuff that was going on for so long.”

Regarding a possible Guns N’ Roses reunion, Slash stated: “Oh. I could not answer that one though.” Slash further added when pressed: “All right, let’s get off the subject ’cause you know that’s an old one.”

Guns N’ Roses are one of the most successful hard rock bands ever with worldwide sales reported at around 81,500,000 based on the release of only six studio albums. The band’s debut album Appetite For Destruction has reportedly sold about 28,000,000 worldwide and has often been cited as one of the greatest hard rock / heavy metal albums of all-time.