MTS Management Group and metal guitar virtuoso, Xander Demos are proud to announce the completion of Xander’s second signature model guitar, the McNaught XD627. The 6-string, 27-fret guitar features the “Xander Demos double cutaway-style body” for easy access to the upper frets, a Maple neck with McNaught patented “Set-Thru Neck,” and a quilted maple top. The XD627 is the companion model to the XD727, 7-string model, released in 2012. Consumers are able to order both models directly from McNaughtCustomGuitars.com.

Complete specs for the XD627 are: 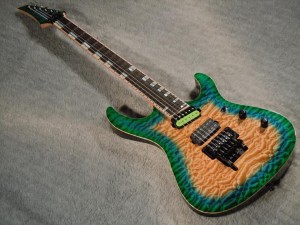 Because McNaught Guitars is a custom shop, many of the options are customizable based on the customer’s requirements.

Xander said, “Of particular ultra-coolness is the fact that David (Thomas McNaught) was able to use the EXACT SAME piece of quilted maple for the XD627, as he did for the XD727. You can actually see the same quilt on both guitars. Slightly different color bursts but the inlays will be similar. Very cool!”

Xander Demos is a rock and metal guitarist, based in Pittsburgh, PA. He has performed and recorded with James Rivera (Helstar, Malice), Sabbath Judas Sabbath, Liberty N’ Justice, Ged Rylands’ Rage Of Angels, Modern Superstar, and others. His debut album, Guitarcadia was mixed by CJ Snare of Firehouse, released by Rock N Growl Records, and it received mass critical praise. Xander will release his follow up in late 2015/early 2016. His 2014 single, “Dancing Through Daggers,” mixed by JK Northrup of XYZ/King Kobra, was included on the Versailles Records release, Guitar Wizards Vol. 3 and 4. He will also appear in the 2015 metal movie release, “Hair I Go Again,” featuring members of Motley Crue, RATT, Quiet Riot, Anthrax, Warrant, Stryper and many others. Xander is endorsed with Suhr, McNaught (makers of the XD Signature Guitar Models), Conklin and Brian Moore Guitars, among others. For more information, visit http://www.xanderdemos.com. 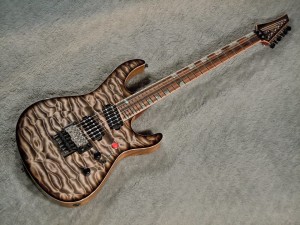