One of the lesser known but definately among the most underrated Hair Metal bands to come out of Florida.

Formed in 1985 in Tampa it only took them a few months to develop a dedicated regional following! Intice played some great shows all over the southeastern United States opening for bands such as Steppenwolf, Foghat, Johnny Van Zant, Head East, Savatage and more.

Their debut album “Taste The Night” was recorded in 1989 at the famous Morrisound Studios with producer Jim Morris (Warrant, Savatage, Crimson Glory, Saigon Kick and many many more) and released the same year via Nite Train Records. More shows played after the release with the likes of Babylon A.D. and Tora Tora. Unfortunately the band split up in 1990.

In 2016 two Intice songs made it to the soundtrack of the action/thriller movie Vicious Thunder. The same year Demon Doll Records released a 19 song CD with the title “The Legacy” which features all the tracks ever recorded by them. 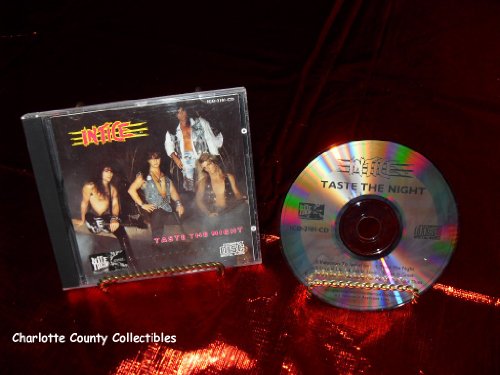